The Dual Circuit Plus™ Battery Switch is an ideal solution for switching multiple battery banks. One switch simultaneously switches two battery banks while isolating the battery banks from each other. Battery isolation protects the Start battery from being discharged by the many House loads such as refrigerators, stereos, and lights, while preserving it for starting the engine. Battery isolation also protects sensitive electronics from voltage spikes and sags that may occur in the Start circuit during engine starting. 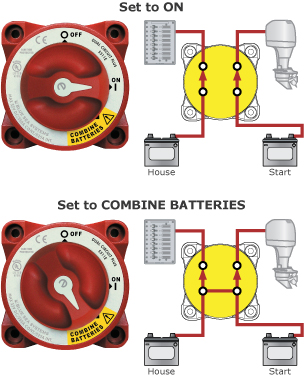 Advantages over selector switches. The Dual Circuit Plus™ Battery Switch is preferable to a traditional selector battery switch in the following ways: 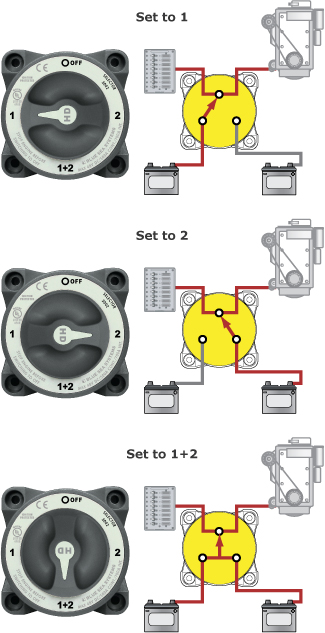 Multiple Battery Bank Solutions. Multiple Dual Circuit Plus™ Battery Switches can be used to switch systems with multiple battery banks. Click on the links below to view schematic diagrams for 2, 3, and 4 battery bank applications.

Note: Only one side/stud terminal of some of the Dual Circuit Plus™ Battery Switches in this application are used. See notes on schematic diagrams for details.